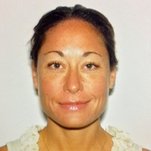 Ms. Liz A. Dorn is a program coordinator in the Seminars department of the East-West Center where she is responsible for conceptualizing, designing and executing various media and leadership programs, including the Senior Journalists Seminar and the U.S. Presidential Election Reporting Seminar. The purpose of these programs is to promote better public understanding of cultures, issues and trends in the region that encompasses the United States, Asia and the Pacific. Ms. Dorn is also responsible for coordinating the Changing Faces Women’s Leadership Seminar and the #galswithLEI Forum.

Before moving to Hawaii, Ms. Dorn served as a program associate with the U.S. Asia Pacific Council where she managed Congressional Study Groups on Asian Security, the Asia Pacific Economy and the Pacific Islands. Ms. Dorn has also worked for the former Chairman of the Armed Services Committee, Congressman Duncan Hunter as a congressional staffer. In addition, Ms. Dorn spent several years as an accountant both in the tourism sector at Vail Resorts Inc. and in the commercial real estate sector with CB Richard Ellis Inc.

Ms. Dorn co-authored the book chapter, “Changing Faces Women’s Leadership Seminar:  A Model for Increasing Asia Pacific Women’s Entrepreneurial Participation,” in the academic text Women and Leadership Around the World. She is also a former vice chair of communications for a political party in Hawaii and has served as the 2012, 2013 and 2014 chair for the Party’s annual State Convention. Ms. Dorn was the recipient of a Boston University Institute on Culture, Religion and World Affairs fellowship in 2010.

​​Sara Lam is a program assistant in the Professional Development Program at the East-West Center. She is responsible for providing programmatic support for media and seminar programs such as the Jefferson Fellowships and the Senior Journalists Seminar, and serves as co-coordinator of the Changing Faces Women’s Leadership Seminar and #galswithLEI Forum. Prior to joining the East-West Center, Ms. Lam served as house education committee clerk at the Hawaii State House of Representatives; and field organizer for 3 different political campaigns. Before that, she was a program coordinator and English as a Second Language teacher for the Columbia University Community Impact family literacy program; and ESL teacher and coordinator at a Hawaii elementary school. Ms. Lam received her master’s degree in East Asian affairs, with a focus on Chinese domestic and foreign policy from Columbia University, and her bachelor’s degree in Asian studies and music from Mount Holyoke College. Additionally, Ms. Lam is a United States Figure Skating Association recognized judge and official for the Hawaii Figure Skating Club.
Ms. Penny Higa
Senior Program Officer, Research, East-West Center 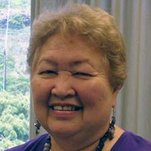 Marilu Khudari has been working as a secretary at the East-West Center for 24 years and has provided support to a number of programs and offices throughout the Center. For the last 18 years as secretary of Seminars and Journalism Programs, Ms. Khudari has been responsible for processing equipment and supplies as needed by the department and staff, providing support to the program officers, and completing fiscal and travel documents for program activities.

Before moving to the United States from the Philippines, Ms. Khudari was a registered dietitian. She previously worked as a food service manager for a commercial bank, where she was responsible for overseeing all operations of the dining room, cafeteria, and bank functions, and prior to that she was a food service dietitian for a golf club. Ms. Khudari received her Bachelor of Science in food and nutrition from the University of Santo Tomas, Manila, and she earned a post-graduate certificate for completing an administrative dietetic internship at Mills College, Oakland.